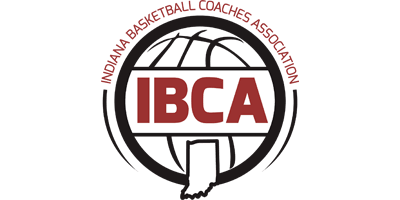 Happy New Year to all! After a one-week hiatus, the IBCA/Franciscan Health Player of the Week program is back with our first winners of 2023. The weather caused a little havoc in schedules during December 22nd and 23rd, so we considered the best performances from a two-week span this time around. The youngsters shined brightly, as a Senior, four Sophomores, and one Freshman stood out amongst the nominees, and there were plenty of other underclassmen to choose from as well.
West Noble Senior Austin Cripe, Lawrence North Sophomore Azavier Robinson, Evansville Memorial Sophomore Luke Ellspermann, Penn Sophomore Jessa Troy, Noblesville Sophomore Meredith Tippner, and Boonville Freshman Emily Parker have been selected as winners for Dec. 19-Dec. 31 in the recognition program coordinated by the Indiana Basketball Coaches Association. Cripe is the boys’ recipient, while Troy is the girls’ recipient, in District-1. Robinson is the boys’ honoree and Tippner is the girls’ nominee in District-2. Ellspermann and Parker are the boys’ and girls’ winners, respectively, in District-3.
West Noble got off to a hot start, winning their first seven games of the season. On Wednesday, December 21st, they handed Prairie Heights their first loss of the season in a 57-49 overtime thriller, and a Northeast Corner Conference matchup. Senior guard Austin Cripe was a standout for the Chargers, pouring in 34 points on 12-22 shooting, 5-10 from deep, plus he knocked down 5-6 of his charity tosses. The 6-3 guard added six rebounds, an assist, a steal, and a blocked shot to his effort, while also becoming the school’s all-time leading scorer in that contest.
In a pair of games last week, Penn Sophomore Jessa Troy helped the Lady Kingsmen to two wins over a couple of quality opponents. Tuesday, they hosted previously unbeaten Valparaiso, handing the Lady Vikings their first loss of the season, 56-36. The 5-6 guard shot lights-out, making 7-10 field goals and a blistering 6-8 from 3-point range, for 20 points. She chipped in six rebounds, an assist, and a steal in the huge win.
Two nights later, the Lady Kingsmen hosted Carmel. In a much closer matchup, Penn knocked off the Lady Greyhounds by a 50-43 margin. The Sophomore guard was again vital, scoring half of their points in victory, and she did it with a 10-12 performance from the free throw line. Troy again helped in other ways, adding four rebounds, an assist, and two steals to the effort.
Lawrence North Sophomore Azavier Robinson helped the Wildcats to three wins and a tournament championship last week, as Lawrence North moved to 7-1 on the year. Tuesday, the Wildcats attended the Connersville Holiday Tournament. In their morning matchup, they took care of Fort Wayne Concordia, 66-49. Robinson was 13-19 from the floor, he knocked down a 3-pointer, and he was 5-6 from the line, scoring 32 points in success. He added 12 rebounds for the double-double, plus he handed out three assists, stole the ball three times, and he blocked a shot.
Later that evening, Lawrence North won the one-day tournament with a tight, 53-49 win against host Connersville. This time out, Robinson scored 21 points on 7-10 shooting, he made another 3-pointer, and he was 6-7 from the charity stripe. The 6-0 guard also contributed seven rebounds, four assists, three steals, and a blocked shot.
Friday night, Robinson and the Wildcats hosted Marion, knocking off the Giants, 78-64. The Sophomore guard had another fine outing, scoring 20 points, making 6-10 shots from the field, 2-4 from deep, and 6-8 from the free throw line. Robinson also managed to add six rebounds, a pair of assists, and a pair of steals in the final game of their perfect week.
Noblesville Sophomore Meredith Tippner has had a fine season, and the Lady Millers are out to a 13-3 start on the year. Last week, she was instrumental in their wins over two strong opponents, helping them win the prestigious Raymond James Hall of Fame Classic. In their first game of the day, Noblesville took down East Central rather comfortably, 62-37. Tippner scored 16 points in the contest, but she also added eight rebounds, four assists, two steals, and a blocked shot in limited minutes.
Later that evening, Tippner helped the Lady Millers knock off Bedford North Lawrence for the second time in two weeks, this time by a nail-biting 69-67 mark in double overtime. While the game was exhilarating throughout, the 5-10 guard managed to post a huge double-double with 23 points and 15 rebounds. She was also involved in facilitating as well, as she handed out five assists in the big win.    The Evansville Memorial boys have jumped out to a 7-1 start, winning five games in a row. Sophomore guard Luke Ellspermann was impressive in their win over the Forest Park Rangers last Wednesday in Ferdinand, as the Tigers secured an 82-59 victory. The 6-0 point guard was electric, scoring 38 points on 15-21 shooting. He was a scalding 5-6 from downtown, and he knocked down all three of his free throw attempts. The youngster added six assists and five rebounds to his stat line.
Boonville Freshman Emily Parker is a name to get to know. The rookie has helped the Lady Pioneers win three of their last four games, and she should be a staple in the lineup for the next few seasons. On Tuesday, December 20th, the 5-10 wing posted a double-double in a hard-fought, 45-41 win against Evansville Christian. Again, just a Freshman, Parker impressively scored 32 of her team’s 45 points, she made 5-9 shots from deep, and she was a perfect 11-11 from the charity stripe. Additionally, she grabbed 13 rebounds, handed out an assist, collected two steals, and blocked a shot.
This is the 15th season for the Indiana Basketball Coaches Association Player of the Week program, but just the third season it is being presented by Franciscan Health, a corporate sponsor of the Indiana Basketball Coaches Association.
Player of the Week winners are chosen each week from each of the IHSAA’s three districts. Girls winners will be chosen through the Monday following the IHSAA Girls State Finals. Boys winners will be chosen through the Monday following the IHSAA Boys State Finals.