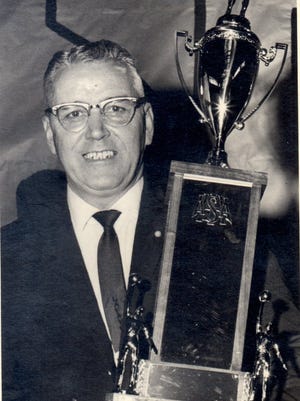 During a 35-year coaching career, his teams won 644 games…career included 7 years at Greencastle and 4 at Washington…won 2 state crowns at Washington, 1941 and ’42…2 more at Lafayette Jefferson, 1948 and 1964…won 32 sectionals, including a record 23 straight during his 24 years at Jefferson…21 regionals, 14 semistates and 3 state runner-ups…doubled for many years as Jefferson’s athletic director…as football coach also compiled 93 victories, 5 conference titles and a number-one state ranking in 1950…the first executive director of the Indiana Basketball Coaches Association. Deceased. 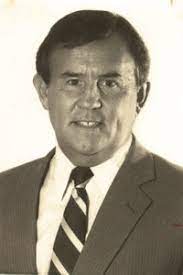 Coached H.S. teams to 342 victories in 25-yr career…20 of those were spent at Valparaiso where his sectional tourney record was 48-6…twice coached Vikings to final 8…noted for fielding fundamentally sound teams, especially in free-throw shooting…his 1963-64 team shot .792 for season, a national high school team record…member of that team, Mike Copper, set an individual record for high school players by hitting 409 consecutive free throws without leaving the line…coached 2 H.S. All-Americans and 54 players who went on to college ball…16 became coaches. 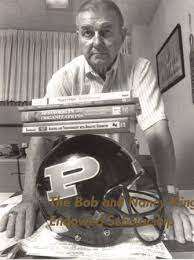 Longtime member of the Purdue University coaching staff and athletic administration … well-known and respected as a college scout and recruiter … 1984 winner of the Joe Boland Award, given by Indiana sportswriters for service to athletics … executive director of Indiana Basketball Coaches Association, which he helped organize … past president of the Indiana Collegiate Coaches Association … chairman of District IV, National High School Coaches Association … played and then coached basketball and football 13 years at Shortridge. Deceased. 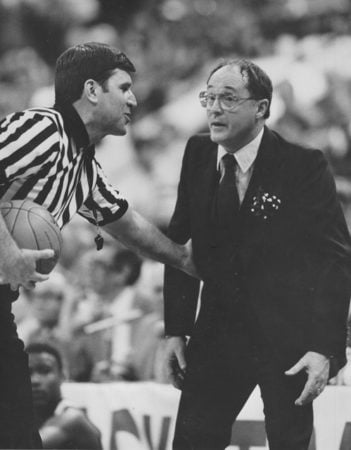 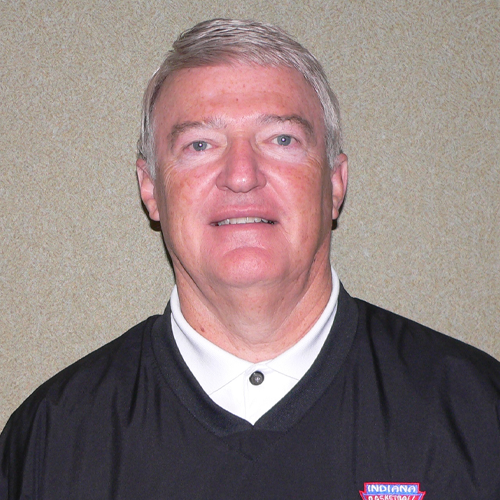 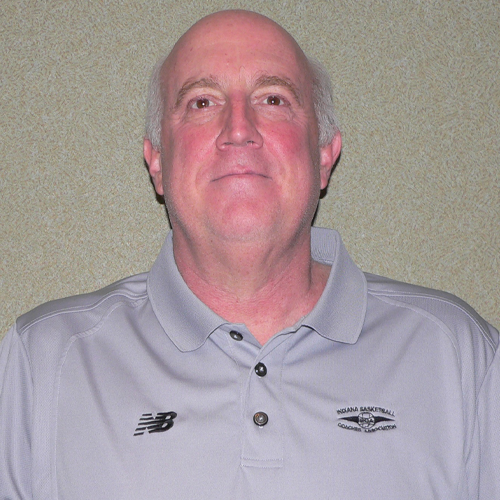 Marty Johnson is best known from his time as boys' basketball
coach at East Noble, where he compiled a 306-182 record in 21
seasons from 1985 through 2006. In Kendallville, his Knights
won seven sectionals (1988, 1990, 1993, 1995, 1996, 1997 and
2001), two regionals (1996 and 1997) and six Northeast Hoosier
Conference titles. He was an All-Area Coach of the Year seven times
and an IBCA District 2 Coach of the Year in 1993 and 1997. He was
the head coach of the 1997 Indiana All-Star team.
Johnson became coach at Whiteland in 2006, posting a 32-35
over three seasons and being named 2009 IndyStar South Coach of the Year. He stepped down as
coach at Whiteland for family health concerns. He then served as athletic director at Perry Meridian from
2012 to 2016 before moving into an administrative role for Perry Township Schools.
Johnson is 1976 graduate of Highland High School. He attended University of Indianapolis, playing
four years of basketball and graduating in 1980. He was voted second-team all-Great Lakes Valley
Conference as a senior at Ulndy. Johnson later earned a master's degree from Ball State in business
education and a second master's degree from IPFW in administration.
After college, Johnson spent three seasons as an assistant coach at Pendleton Heights. He then
went 21-21 in two seasons as the Pendleton Heights' varsity coach (1983-85) before becoming the coach
at East Noble. Overall, Johnson posted a career mark of 359-238 in 26 seasons as a varsity coach.
Johnson served on the IBCA board of directors in 1990-91, was the IBCA president in 1998-99 and
1999-2000 and the IBCA past president from 2000 to 2002. He was an IBCA assistant executive director
from 2002-14 and associate executive director from 2014-22 prior to becoming the IBCA executive
director in June 2022.
Johnson was inducted into the East Noble Athletic Hall of Fame in 2016.
He and his wife. Traci, have two adult children -- Kyle and Morgan.