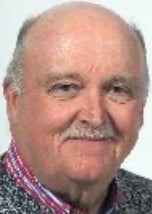 Terre Haute Tribune-Star. But his journalism career began a long time before – in his second-grade classroom at Lowell’s Center Grade School when Amey wrote about the eighth-grade basketball team.

Since then, Amey has written millions of words about sports and people of all ages who take part in them. The best compliment that can be made about Amey is a line oft- repeated by his subjects, according to current Tribune-Star sports editor Todd Golden.