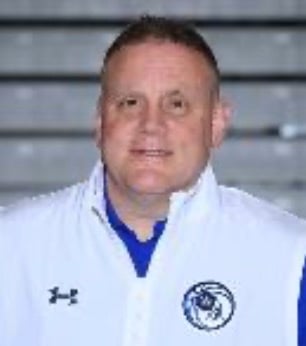 Joe Huppenthal is an IBCA District 1 Coach of the Year after leading Lake Central to a 24-4 season that included a runner-up finish in the Duneland Conference and championships in the Portage Holiday Tournament and the Munster Sectional.

Huppenthal has a combined boys-girls ledger of 419-316 with nine sectional titles.

A 1982 graduate of Highland High School, Huppenthal attended Purdue University and was a student manager for Gene Keady in the men’s basketball program from 1983-87. He served as the Boilermakers’ head student manager his final two seasons.

After graduating with a bachelor’s degree in math, Huppenthal became a teacher and coach. His first head coaching job was with the East Chicago Central girls, whom he led to a 103-27 record in six seasons with five sectional trophies from 1990-96. He then moved to South Bend Clay, where he guided the Colonial boys to a 204-223 mark with two sectional crowns in 19 seasons.

Huppenthal earned a master’s degree in secondary education from Indiana University in 2004. He is in his sixth year teaching geometry at Lake Central.

Huppenthal and his wife, Shannon, are parents to Jared, Timmy, Teddy and Phoebe. They also have one grandson, Zeke.