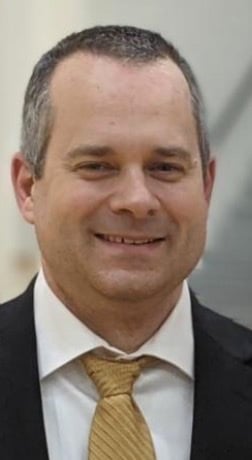 Rhoades is an IBCA District 2 Coach of the Year after directing Mt. Vernon (Fortville) to a 22-3 season that included championships in the Hoosier Heritage Conference and Greenfield-Central Sectional. In four seasons with the Marauders, Rhoades has a 61-34 record. He is a 1996 graduate of Hagerstown High School, where he played basketball and baseball. He went on to Indiana University, earning a bachelor's degree in 2001 and later a master's degree in 2005. He also worked for the Bob Knight Basketball Camp while a student at IU. Rhoades started his coaching career as an assistant at Perry Meridian, working for Mark Barnhizer, Bruce Kalb, Roger Fleetwood and Bill Zych in nine seasons with the Falcons. He moved to Franklin Central for one season with Mark James. He then moved with James to Ben Davis for seven seasons, including the 2017 Class 4A state champions. Rhoades previously was named the 2021 HHC Coach of the Year and the 2021 Hancock County Coach of the Year by the Greenfield Daily Reporter.