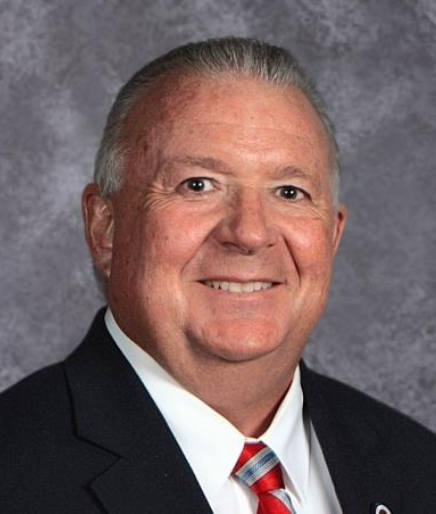 With 32 years of experience in public education, Pat Mapes has provided leadership and advocacy at the local, state and national levels. He has raised student achievement by placing teacher leaders at the forefront of school improvement, and he continues to be a champion for student academic growth and teacher leadership.

He worked as the Assistant Superintendent of Public Instruction for the state of Indiana from 2009 to 2012, during which time he developed the REPA Educator Standards and the LVIS Educator Licensing and Verification system, as well as state guidelines for school efficiency. Mapes followed by serving as chairman of the Indiana Education Employment Relations Board from 2012 to 2016. Since October 2016, he has been the superintendent of Perry Township Schools.

Mapes served as a member of the IHSAA Board of Directors from 2000 to 2006, and he assisted the IBCA and the Indiana All-Stars by making Southport High School available as a venue for the annual doubleheaders against Kentucky in 2020, 2021 and 2022.

Mapes is the proud father of two adult daughters.